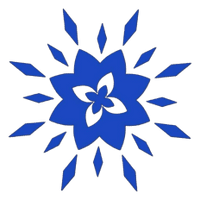 In the early 1970’s Dr. Madelein Mumcuoglu - motivated by her previous studies - began research that led to the modern discovery of a key active ingredient in elderberry to be compounded for commercial use. Today, elderberry is mostly used as a processed food and found in pies, salad dressing, sauces, juices, soft drinks, beer, cereal, yogurt, and ice cream. Fresh, ripened berries and flowers make good teas, wines, jelly, jam, and syrup. Even Fanta had an elderberry flavored soft drink that sold in 15 countries.

Elderberry makes a great fruity flavoring, but its antibiotic properties are most important to us.  Elderberry is rich in magnesium and Vitamin A compared to other berries. Although not scientifically researched until recently, elderberry has been known for centuries - since at least 5 B.C. - to treat influenza, inflammation, fever, and rheumatism. All parts of the plant have been used for medicinal purposes.

Native Americans used the bark and leaves to treat bruising, parasites, sprains, and tight tendons. In folk medicine, elderberry had been used for its laxative and diuretic properties and to treat stomach ache, sinus congestion, constipation, diarrhea, and sore throat. Most recently, lab tests have shown elderberries to be effective in fighting mumps, measles, and Ebola virus.  Today, the bark and leaves are scarcely used due to recent findings of a cyanide-like, toxic compound; which, some could say provides evidence to an old English folklore regarding the berry bush.

In European folklore, the elderbush is sacred to the garden of the dead. Protecting the garden and the veil between life and death, the elderbush embodies a mother/ nurturer spirit not to be messed with. Chopping down the bush is said to cause misfortune as the bush is meant to guard all other plants within the garden where it is planted. Even today, some cultures carry elder wood on their person for protection against evil and negative spirits.

While elderberry has recently become commercially popularized, it has been used in North America, Europe, North Africa, and Asia to treat the common cold and influenza for centuries. The antibiotic compounds have been proven to shorten and minimize cold and flu symptoms. This herb is an excellent holistic remedy to add to your cold & flu season arsenal.